Naan Recipe: How to Make Authentic Naan at Home Naan is a leavened flatbread that is found commonly in Western Asia, Southern Asia, Indonesia, Myanmar and Caribbean cuisines. With that said, Malaysians also love this soft and fluffy flatbread. At the mention of naan, our mouths begin to water as we think about the variety of naans we can taste here; Cheese Naan, Garlic Naan, Stuffed Tandoori Naan—it’s endless flavourful fun with naan!

Naan is traditionally baked inside a very hot tandoor oven and sticking the dough directly on the walls inside the oven. Since our modern-day kitchen can’t fit in a huge tandoor oven, we can also make our very own naan at home on a stovetop or with the oven. Hence, this recipe will guide you on how to make naan on a stovetop

There are many theories about the origins of naan. However, some of the most popular ones are that the naan as known today originates from Mesopotamia, ancient Egypt and the Indian subcontinent. The Persian word ‘nan’ which refers to ‘bread’ first appeared in English literature dating back to 1803 in a travelogue by William Tooke. The word naan is widespread where the word has been borrowed in a range of languages such as in Central Asia and the Indian subcontinent, where it refers to a kind of flatbread.

But before that, this flatbread is also mentioned the first time by an Indian poet and musician named Amir Kushrow. According to his records, the flatbread was a delicacy for royals before reaching other classes of the Indian society.

Also, during the Moghul era, the naan was typically served as breakfast for noble families. Naan in old Persian means ‘bread’, and in Iran indicates any bread

Naan is a simple flatbread, rich in history and taste, that will leave you feeling satisfied after a few pieces. Its soft and fluffy texture goes excellent with curries and other dishes. Although the traditional method to make a naan requires a tandoor oven, we can also make our very own naan with the stovetops at our homes!

There are tons of ways that you can eat naan! In Malaysia, locals love having just plain naan paired with a side of chicken curry. Not only that, but it is also common to see locals order a side of tandoori chicken as well to go with their naan. Also, who can forget how Malaysians love their different flavours of naan! Some naans that are a local favourite are Cheese Naan, Garlic Naan, Butter Naan and a Meat-Stuffed Naan!| 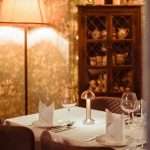